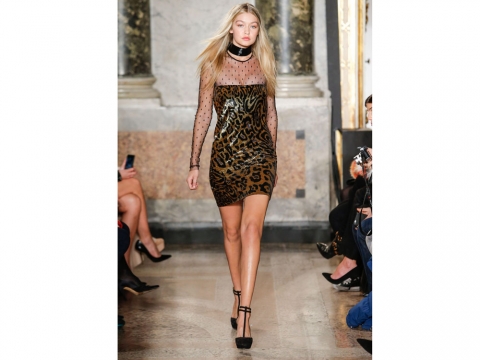 Watch out Gigi Hadid, the scientists think they’ve figured out the formula to model success and they’re pretty excited about it.

Researchers from the Indiana University School of Informatics and Computing have been studying model statistics and data from Instagram (no, seriously) and they reckon they’ve masterminded the perfect algorithm to predict a model’s popularity.

In September 2014, these science geeks combed Instagram and the Fashion Model Director, compiling data for 400 models to see if they could predict which models would be the most in-demand during the Fall/Winter 2015 season.

According to research assistant professor, Emilio Ferrara, who spoke to The Cut:
‘We counted how many posts the models did, and how many likes and comments each post would get, on average.’

Then they blitzed the directory: ‘We collected the data on their portfolios: how many runway walks the models had already done, and a few other figures such as height [and] shoe size.’

According to researchers, they’ve been able to predict a model’s popularity with 80% accuracy, dubbing it ‘the Kendall Jenner effect.’ Catchy, eh?

Kendall Jenner working the runway
But, why the interest in the fashion industry, we hear you ask? Ferrara reportedly explained in a press release for their findings:

We chose the fashion industry for this research because it represents a strong ‘winner-take-all’ mentality. This aspect of survival of the fittest, plus the large amount of statistical data on professional models, makes it a perfect subject for advancing research on ‘the science of success.’’

Who knew the catwalk could be so scientific? As for own findings, we’re yet to be 100% convinced…..